I used to be a firm believer that things happen for a reason.  That there had to be a good explanation as to why I got my first period during the winter concert while wearing white pants and on stage in front of a packed auditorium.  Or that when I had finally saved enough money for my very own slightly used car, ok more like completely broken in car. There was a specific reason some guy decided to make a right turn from a non-turning lane, destroying the side of my car.  And there certainly had to be some bigger plan in the universe when I found out that my fiance had been cheating on me for months.  Then I started to realize there’s usually no rhyme or reason in life.  Bad timing is a thing, accidents happen, and boyfriends cheat.  Shitty things just happen and usually it’s to good people.  So when I found out that I had been living across the hall from the one guy I’ve been crushing on since I saw him as the Human Torch in the first attempt of the Fantastic Four I didn’t take it as a sign from the universe.  It was just another example of bad timing.  At least this time there wasn’t a giant red spot on the seat of my pants.

Continuing with completing my life checklist I decided to work on my new friendships.  Truth be told Lilith was unlike anyone I had ever been friends with before.  I grew up a goodie two shoes and pretty much looked for the same thing when it came to friends.  Me and my small group of friends always did the right thing.  We didn’t smoke in the bathroom.  We didn’t shoplift bottles of nail polish just to say we did.  And we certainly didn’t drink in the park like most of our high school.  All of these things I found out were staples to Lilith’s teen years.   She even ran away with her boyfriend just because she had nothing better to do that weekend.  To say we were opposites would be hitting the nail on the head.  But you know what they say about opposites. 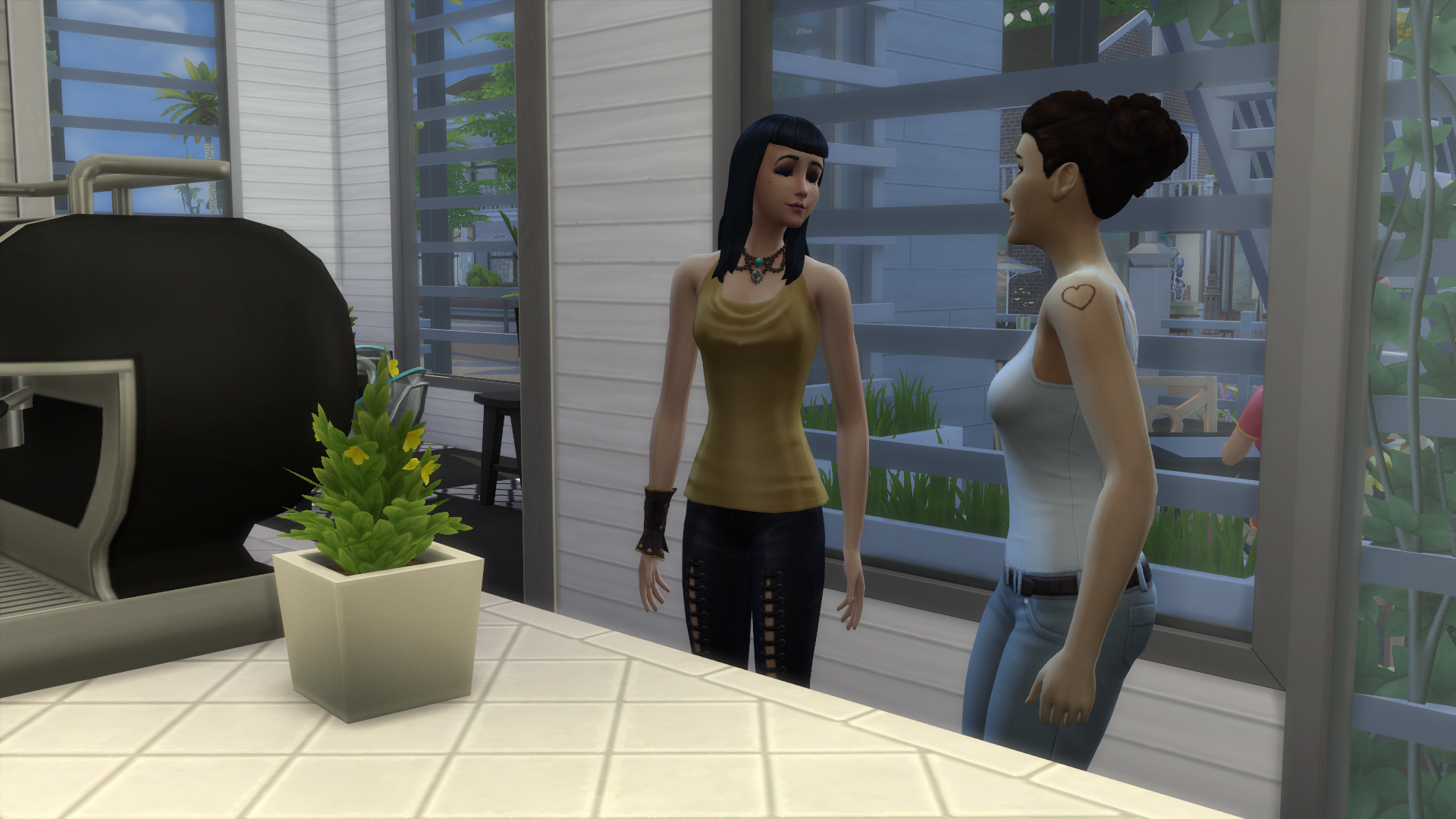 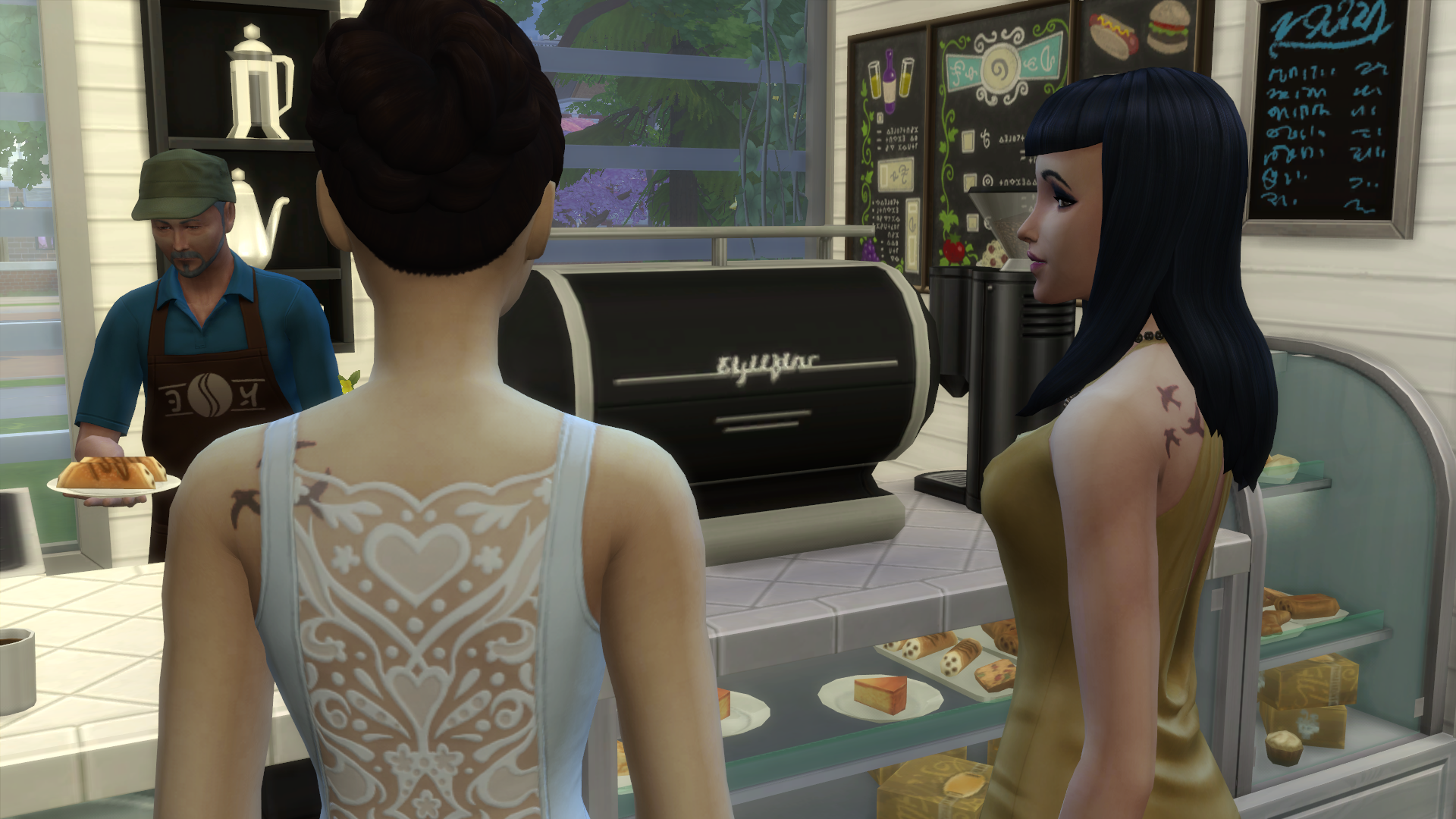 You should never judge a book by it’s cover.  You might miss out on the best books that way.  The same can be said about people.  If you judge someone purely based on looks you miss so much of what really makes up that person.  My first impression of Lilith just by how she looked was a dark, closed off goth chick who didn’t care about anyone but herself.  Based on her look she was not someone I normally would consider friendship material.  Had I cut ties with her after that first night we met I would have never discovered who Lilith really was.  I would have never known under that dark exterior was a woman who loved watching things grow and take life.  She was a gardener who took care of her plants as if they were her children.  Nor would I have known that that same closed off goth chick had a soft spot for her grandmother. Lilith hadn’t known either of her parents growing up and was raised by her Mama Leone.  She was both grandmother, mother and father to Lilith.  Lilith said Mama Leone was very old now and it was her turn to take care of her.  And I also would have never known the girl I thought only cared about herself had recently started dating someone.  It was still pretty new but I could tell based on the way Lilith couldn’t stop smiling while talking about him that it had the potential to be something special.   If I had closed the door on this friendship that night many months ago I would have missed out on something I also thought had the potential of being something special. 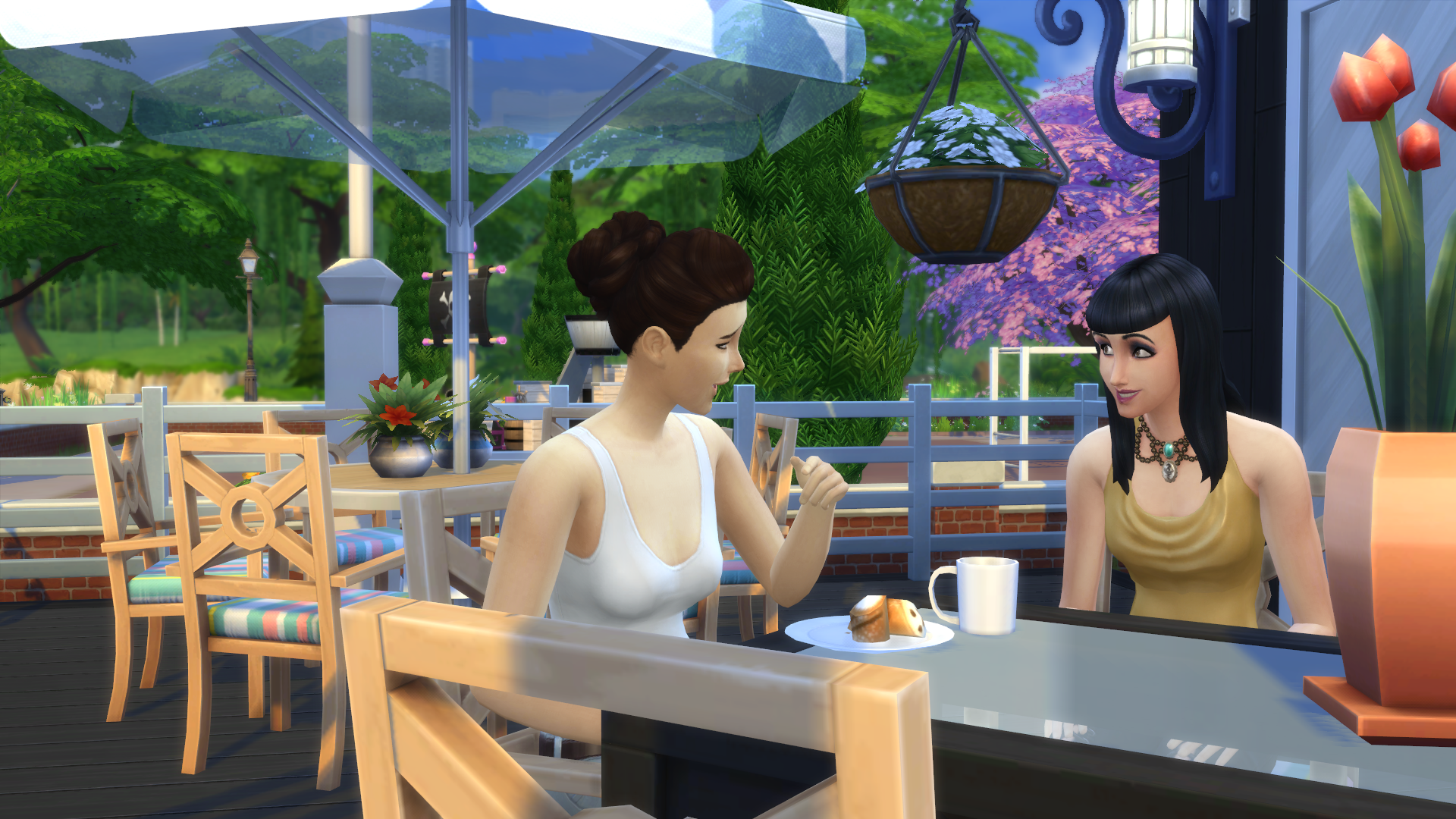 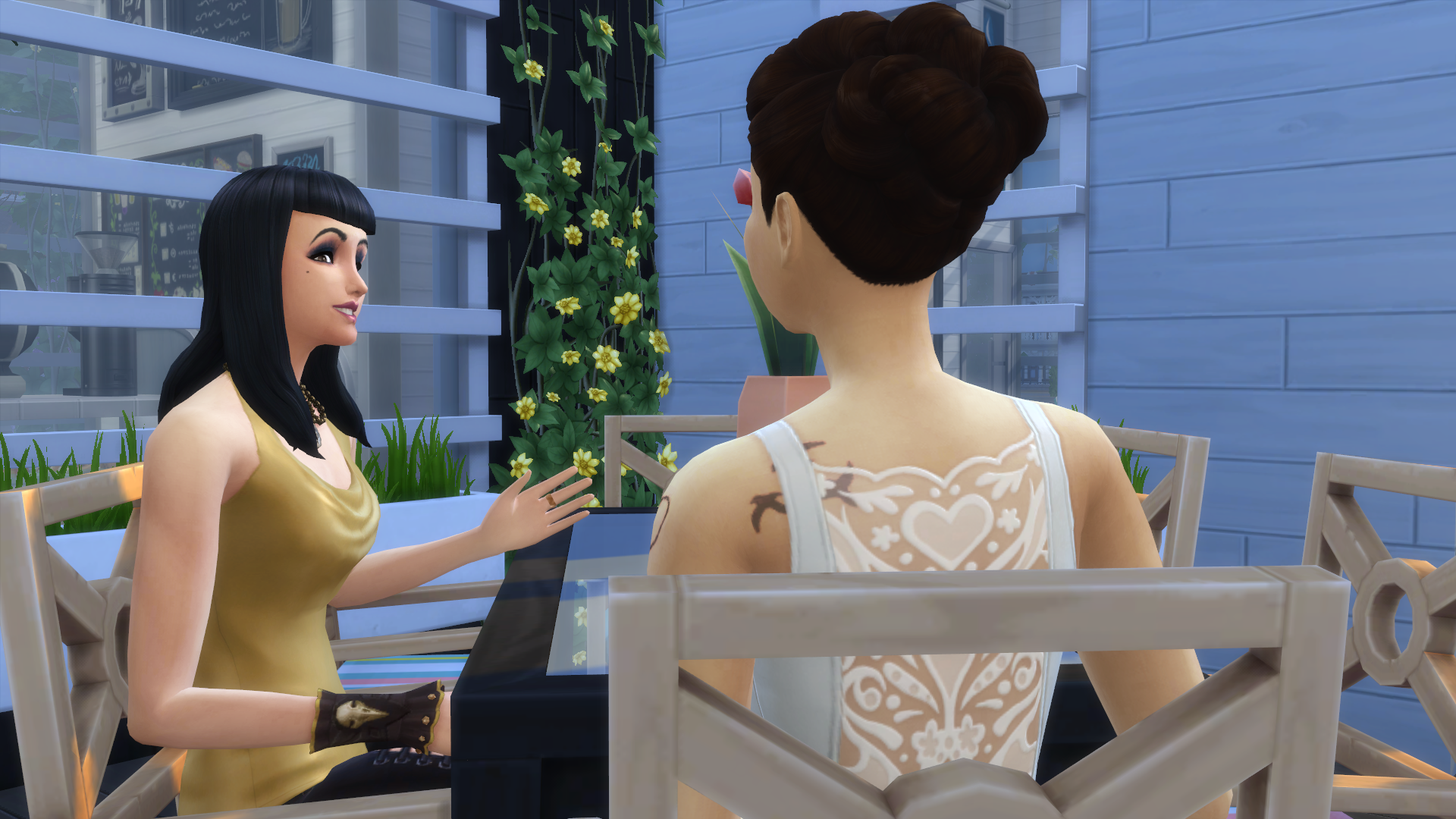 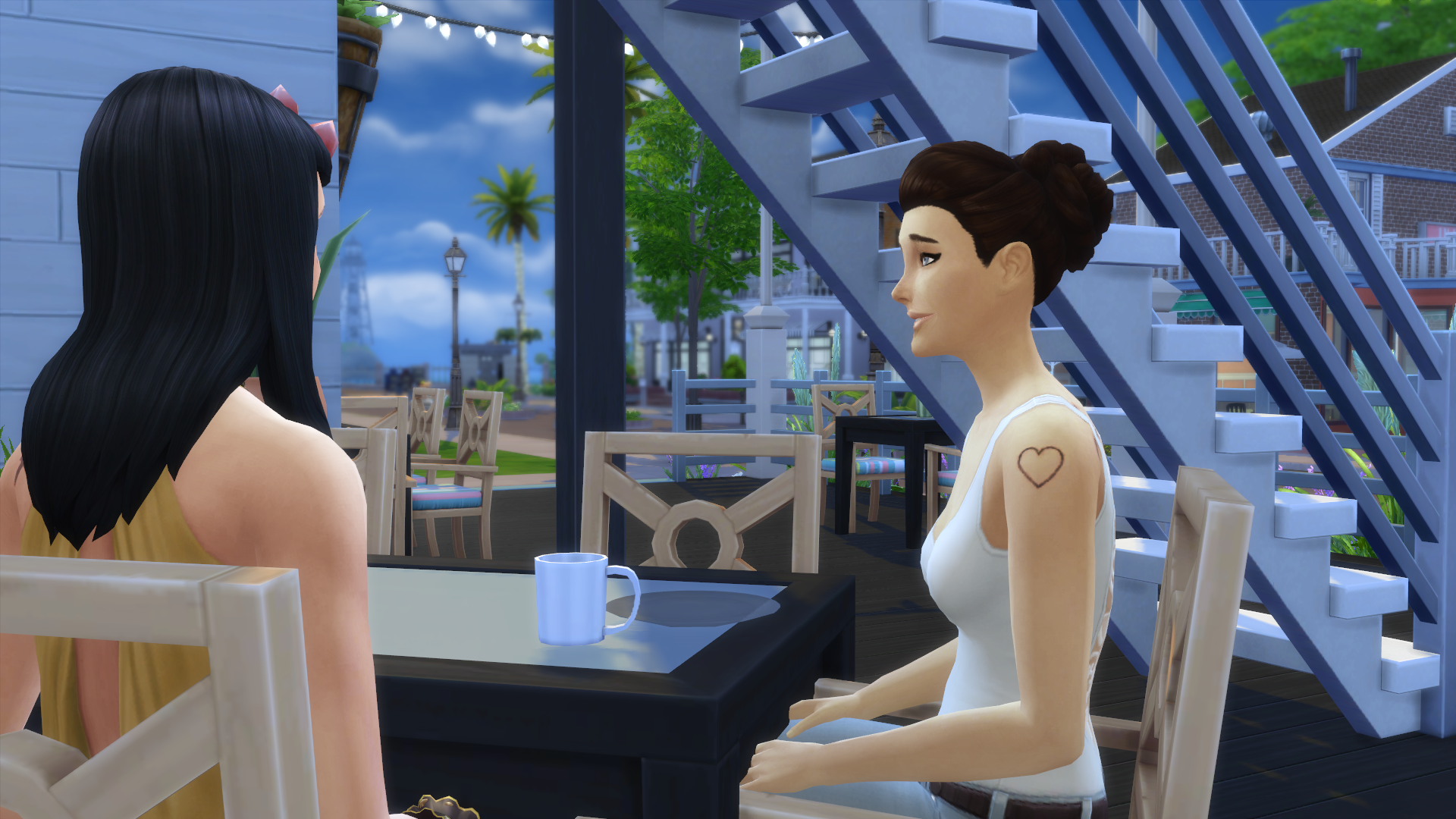 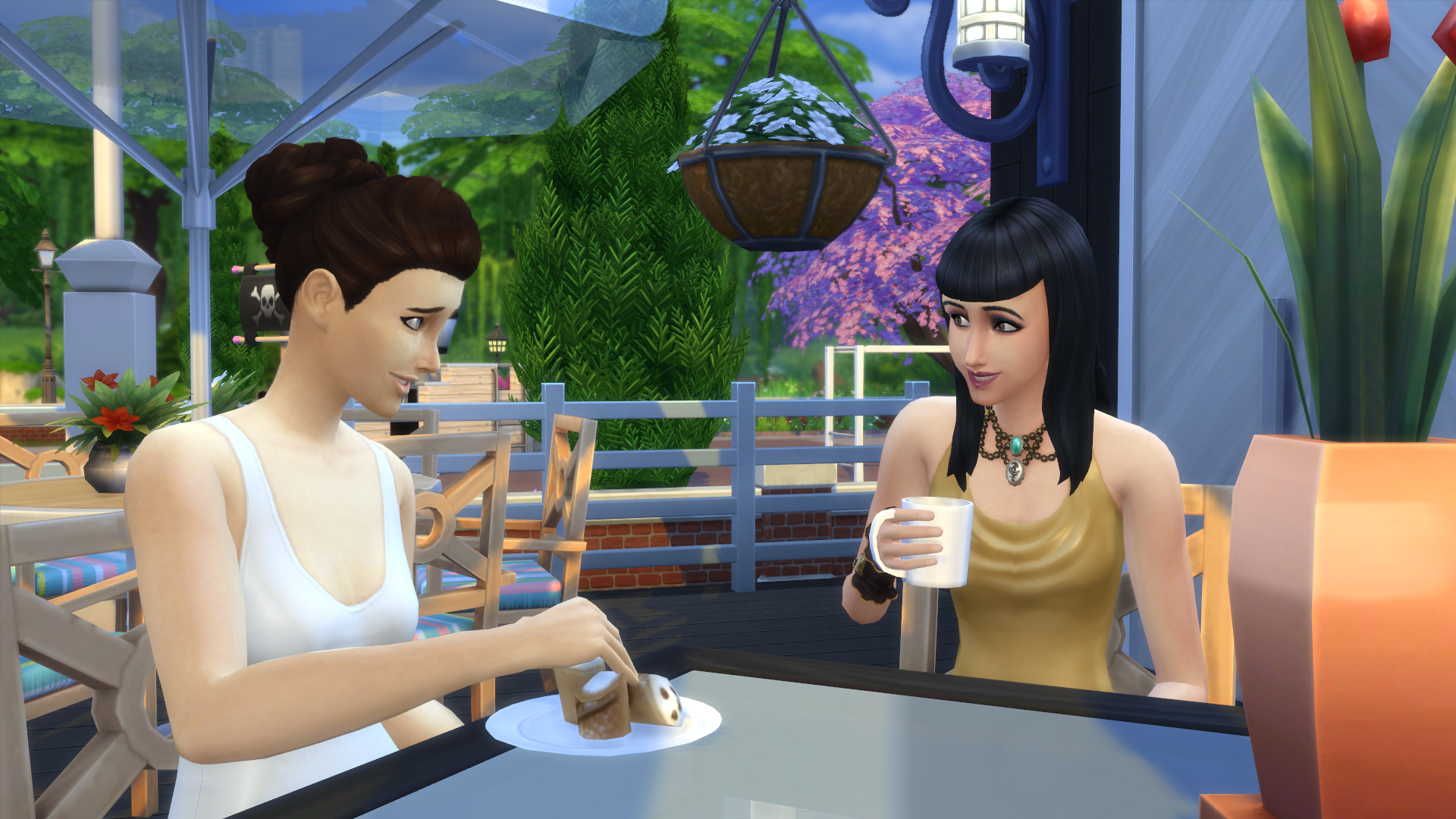 There’s a saying when life gives you lemons you make lemonade.  Basically what it means is to make the best of what you have.  So when life throws a bad haircut at you, you decide it’s time to start rockin’ your hats you never wear.  When it rains on your birthday, have an intimate get together at your place inside of that noisy club you were originally planning. And when life introduces you to the man of your dreams a few months too late you decide that if you can’t sleep with him you can be his friend or at least a good neighbor.  Besides what are the chances we would have been anything more He probably only dates supermodels or people with a bigger name than mine. 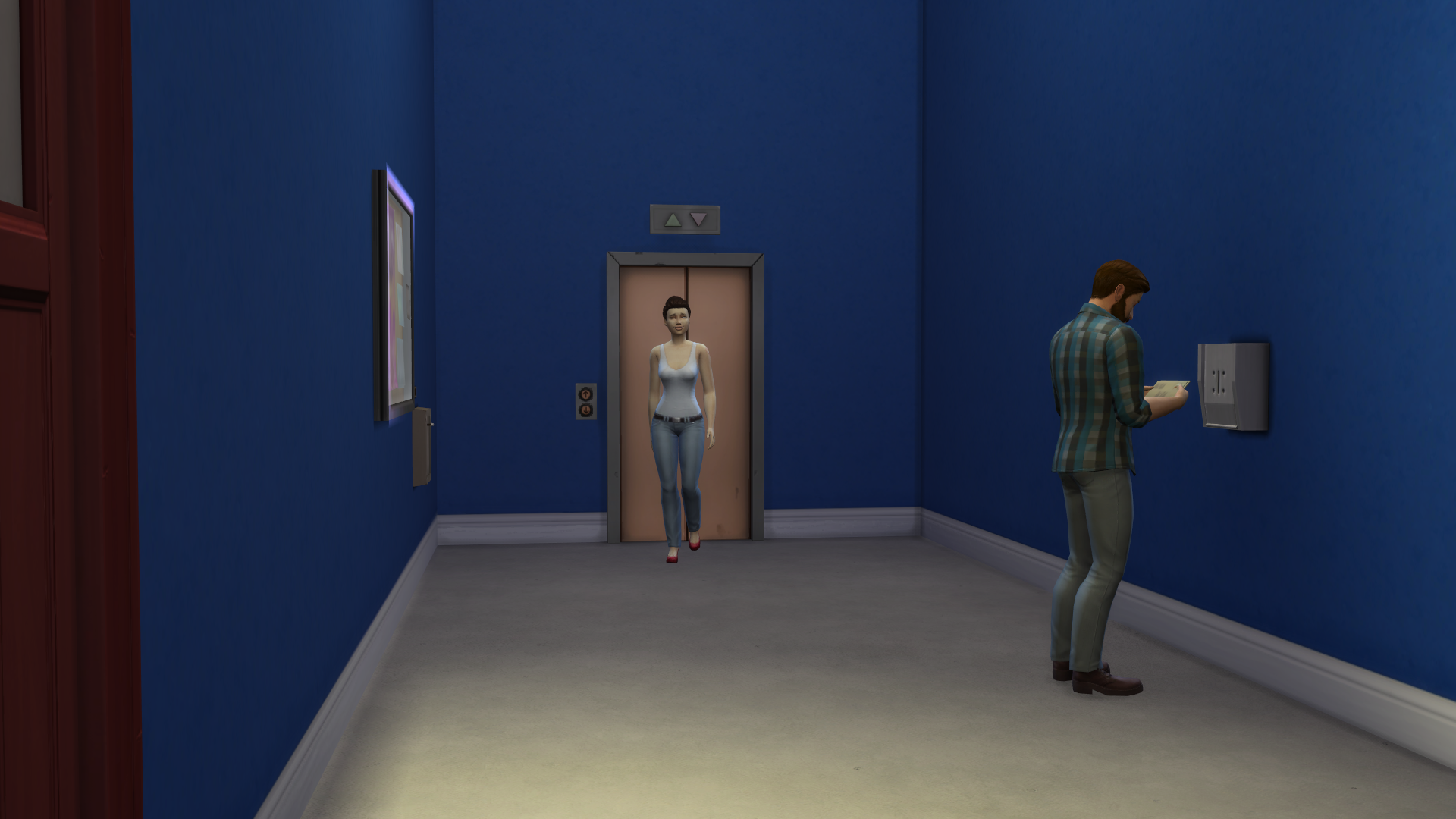 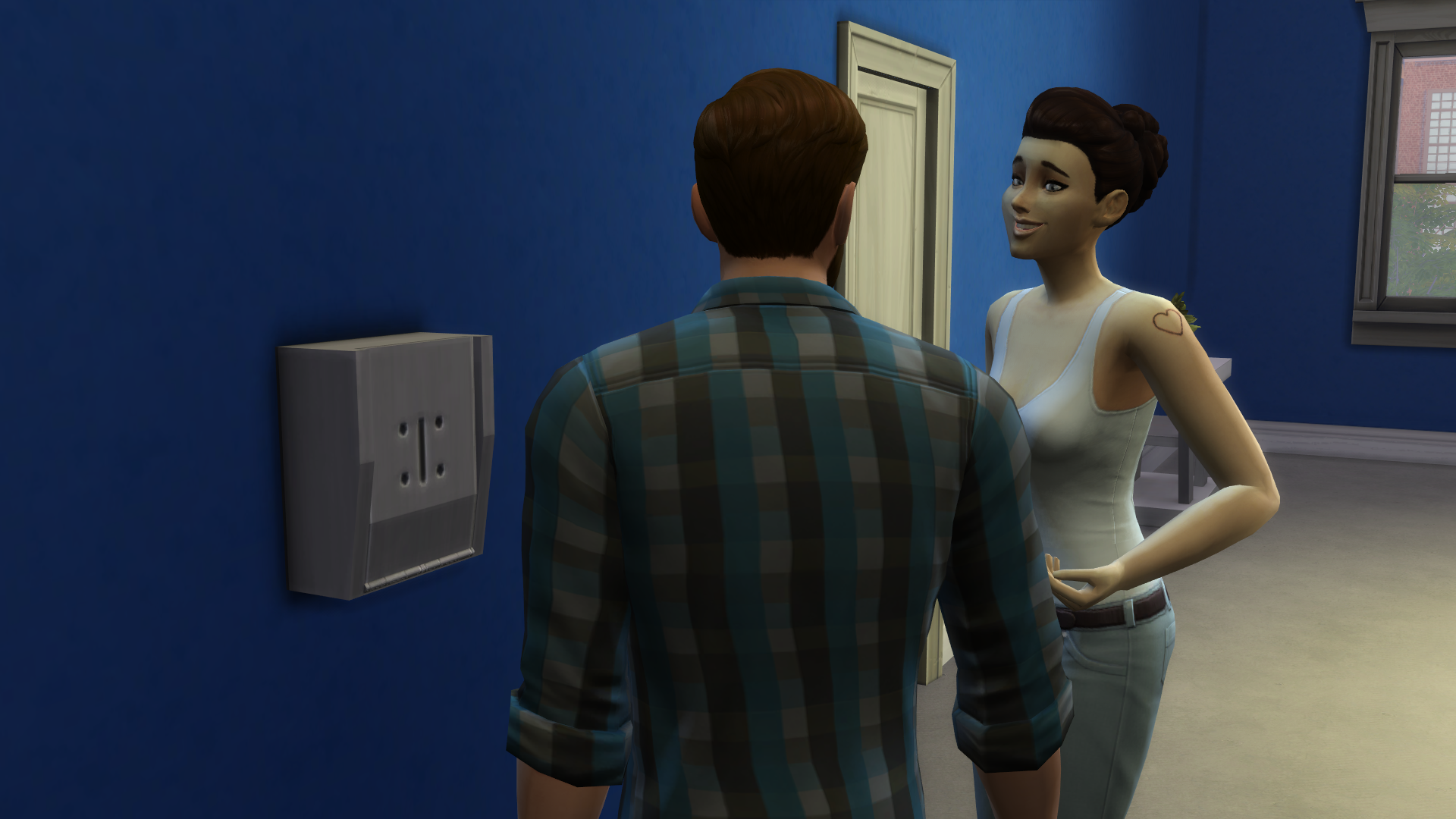 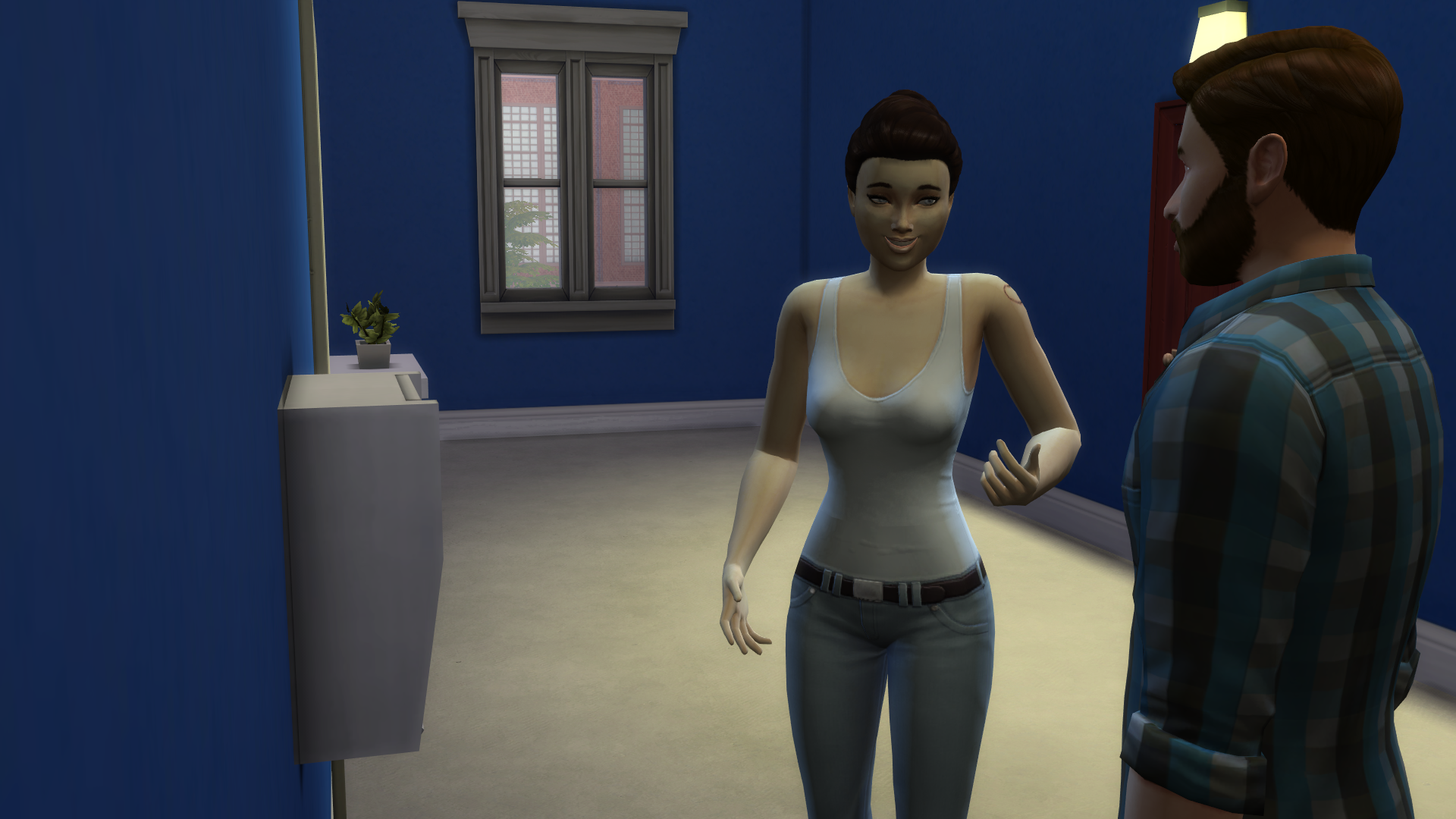 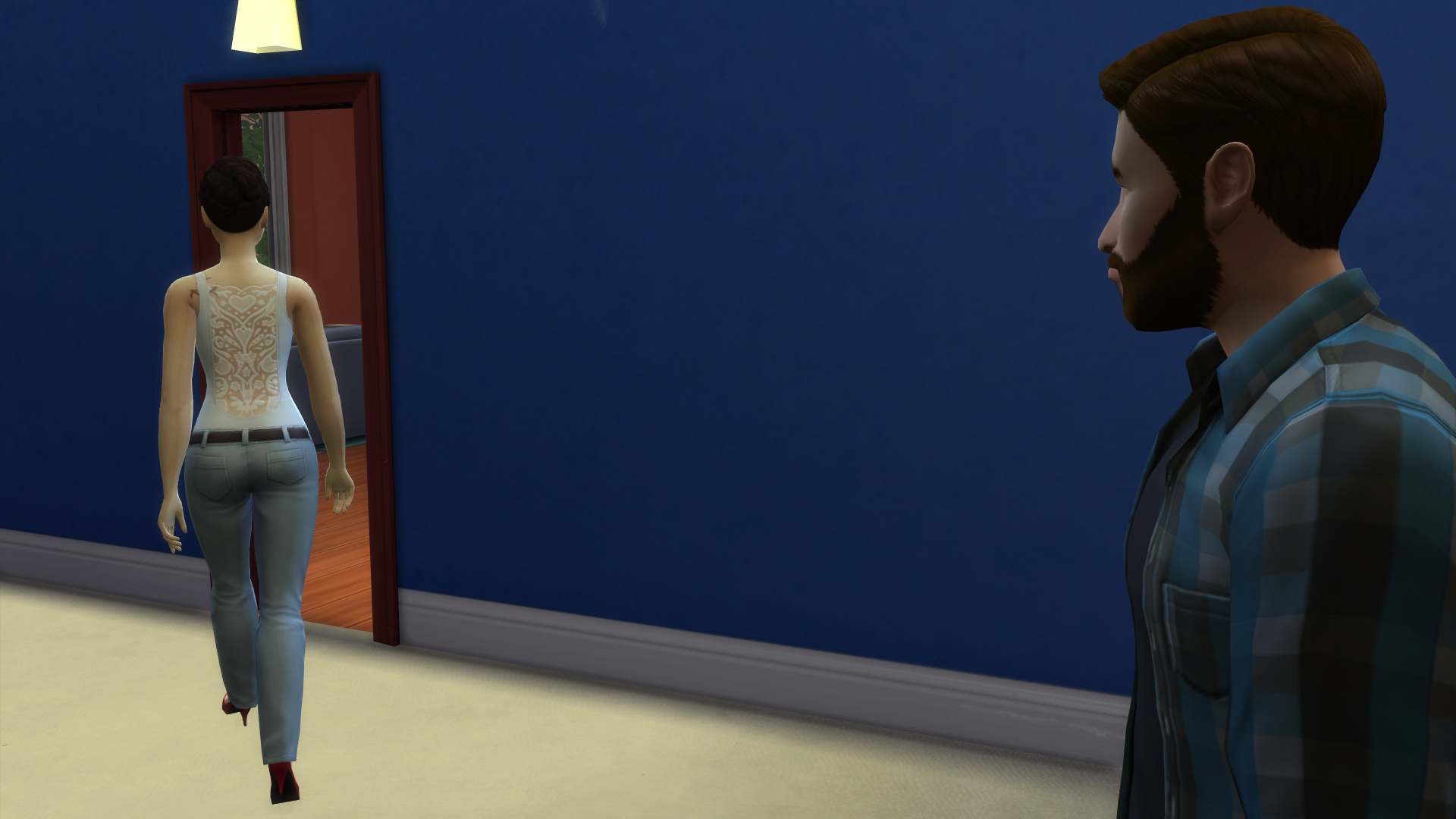 I had been making great progress with my checklist.  There was just one final thing missing, writing something important.  It was clear that wasn’t going to be advertorials.  I had a decision to make.  Do I stay doing something I have no passion for but provides security in the form of paying rent and bills.  Or do I take a chance and write what I want. Write the things that make me happy, make me sad.  The kind of stuff that I would pour my whole heart into.  Knowing that means money would be tight.  I’d be living on ramen and water while sitting by candlelight for the next few months.  Why aren’t my beloved superheroes ever faced with these difficult choices?  Did Batman ever have worry about whether or not his electricity would be shut off because he was following his legacy of cleaning up the city he loved?  Did Captain America ever have to worry when his next meal would be all because he was serving his country the way he’d always dreamed of?  What was more important to me, security or creativity? 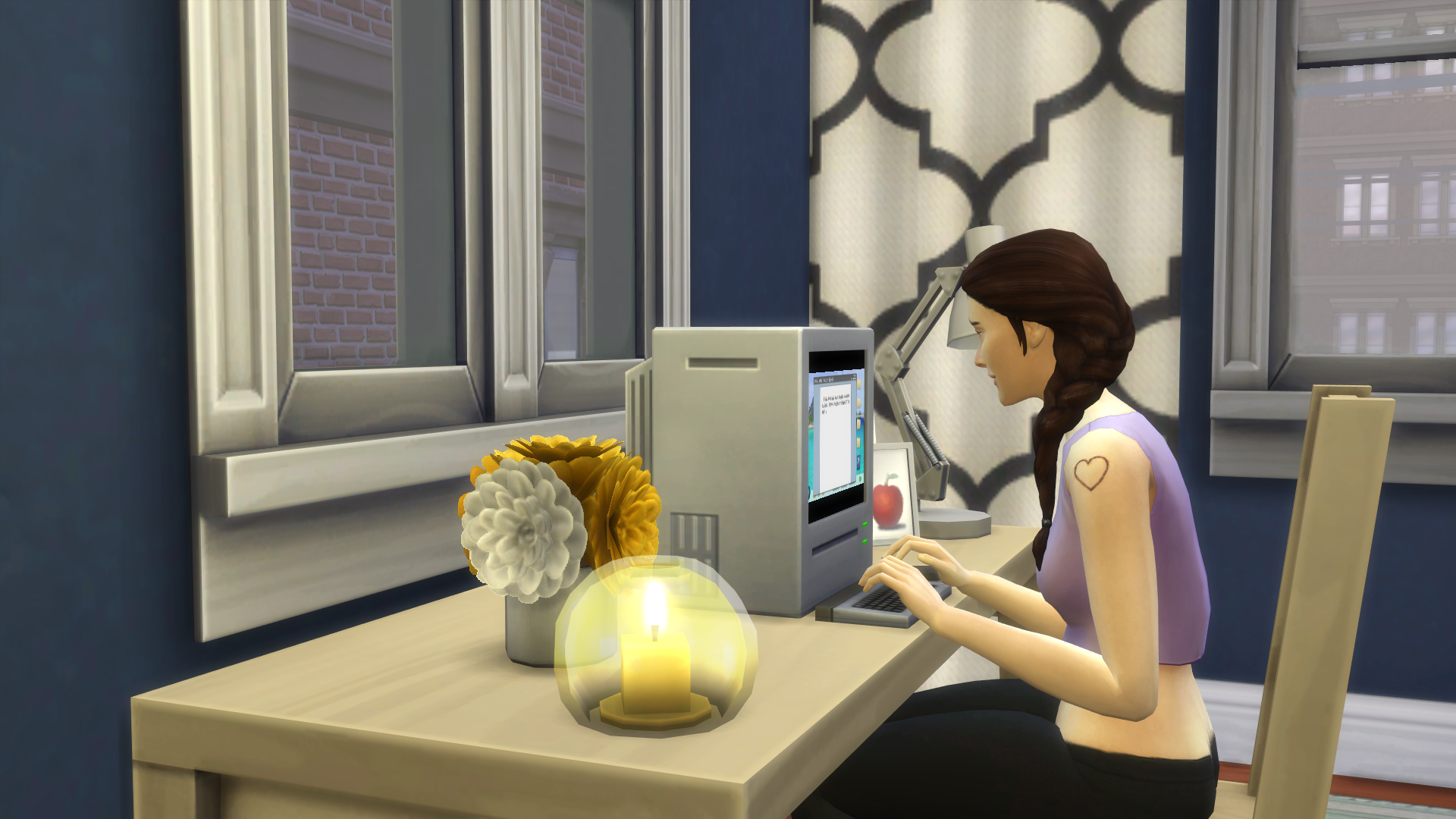 I chose creativity.  More specifically I chose myself.  I wanted to write what was in my heart.  I wanted to write what I wanted people to know about me.  I didn’t want people judging my cover before reading my synopsis.  For the first time in a long time I was happy with so many parts of my life.  Who I was dating, the people I called friends, and now my voice I was projecting to the world.  I wanted to share it all.  I wanted to write everything I had gone through to get here and everything I hoped I would do down for the world to enjoy.   This meant I needed to experience more.  I wanted to go hiking in the secret trails of Granite Falls.  To sleep in a legendary haunted mansion in Forgotten Hollow.  To see the elusive giant dino that roams the plains of Oasis Springs.  Since however I was currently on a rather tight budget the romance festival in San Myshuno would have to be where I started.  After all I had love in my life now.  A romance festival seemed like the perfect place for me to be, even if that love wasn’t able to make it.   I could be trusted to go alone.  It’s not like I was going to run into anyone who would steal my heart.  I’d only run into someone who already had. 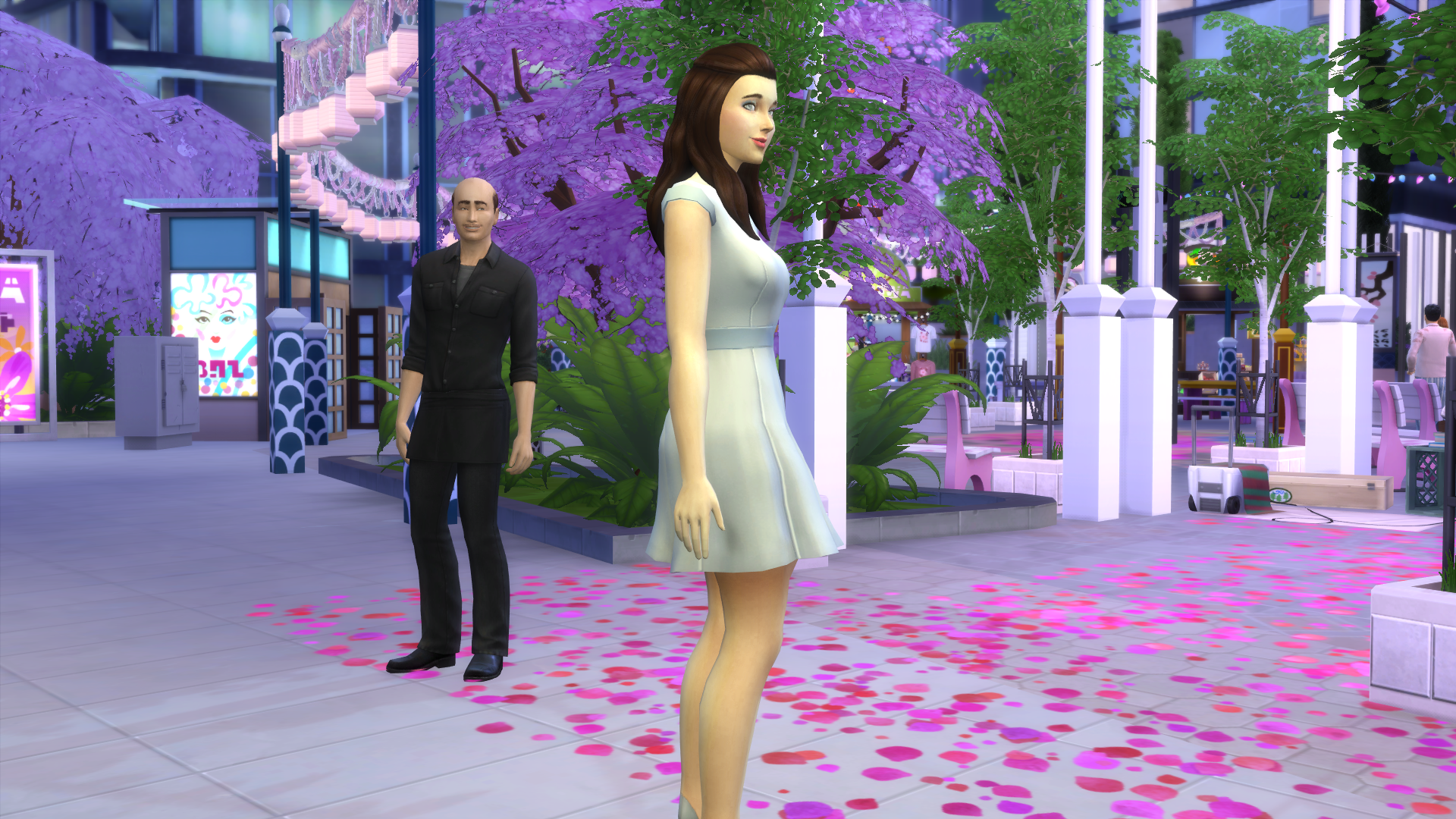 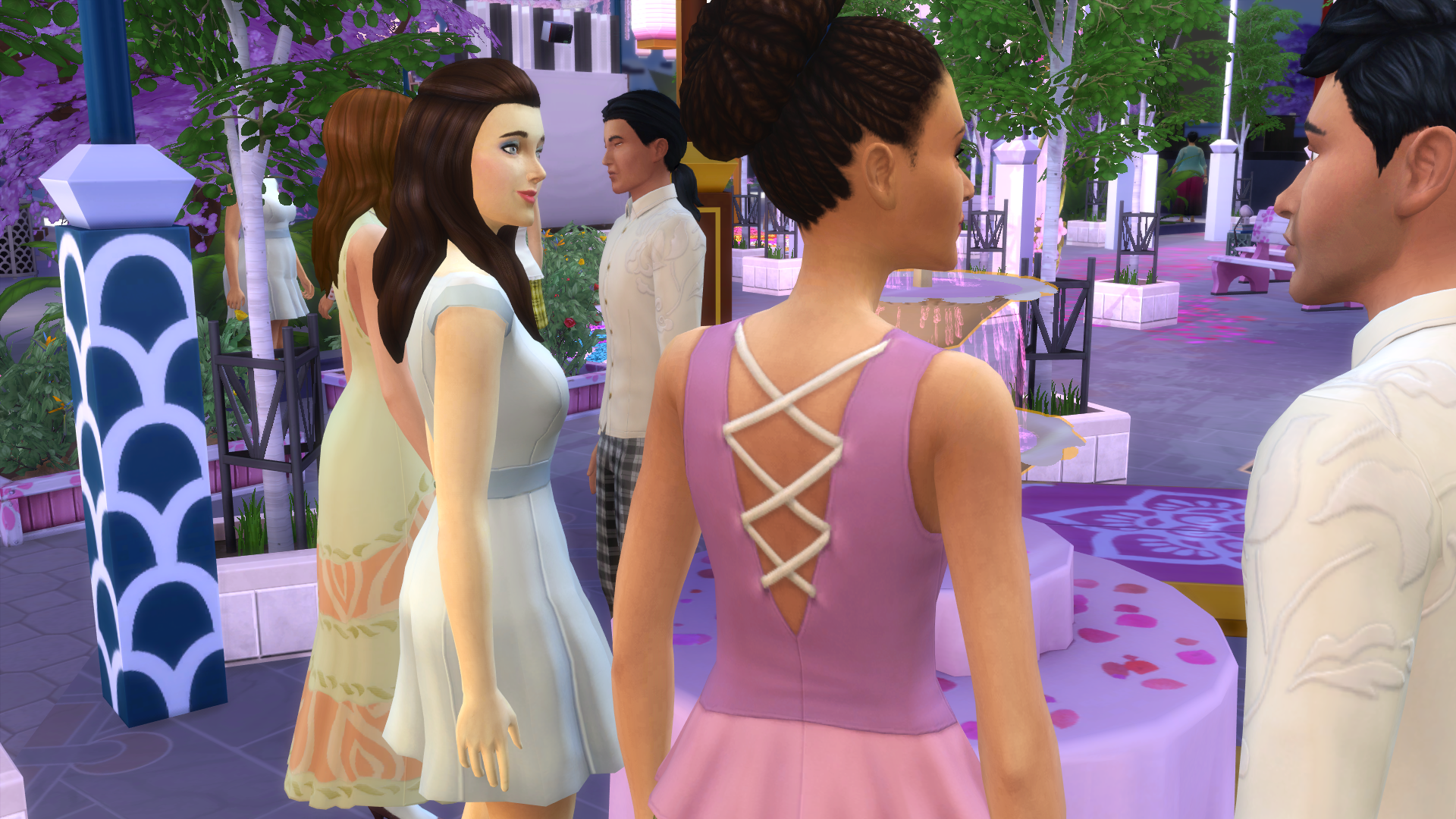 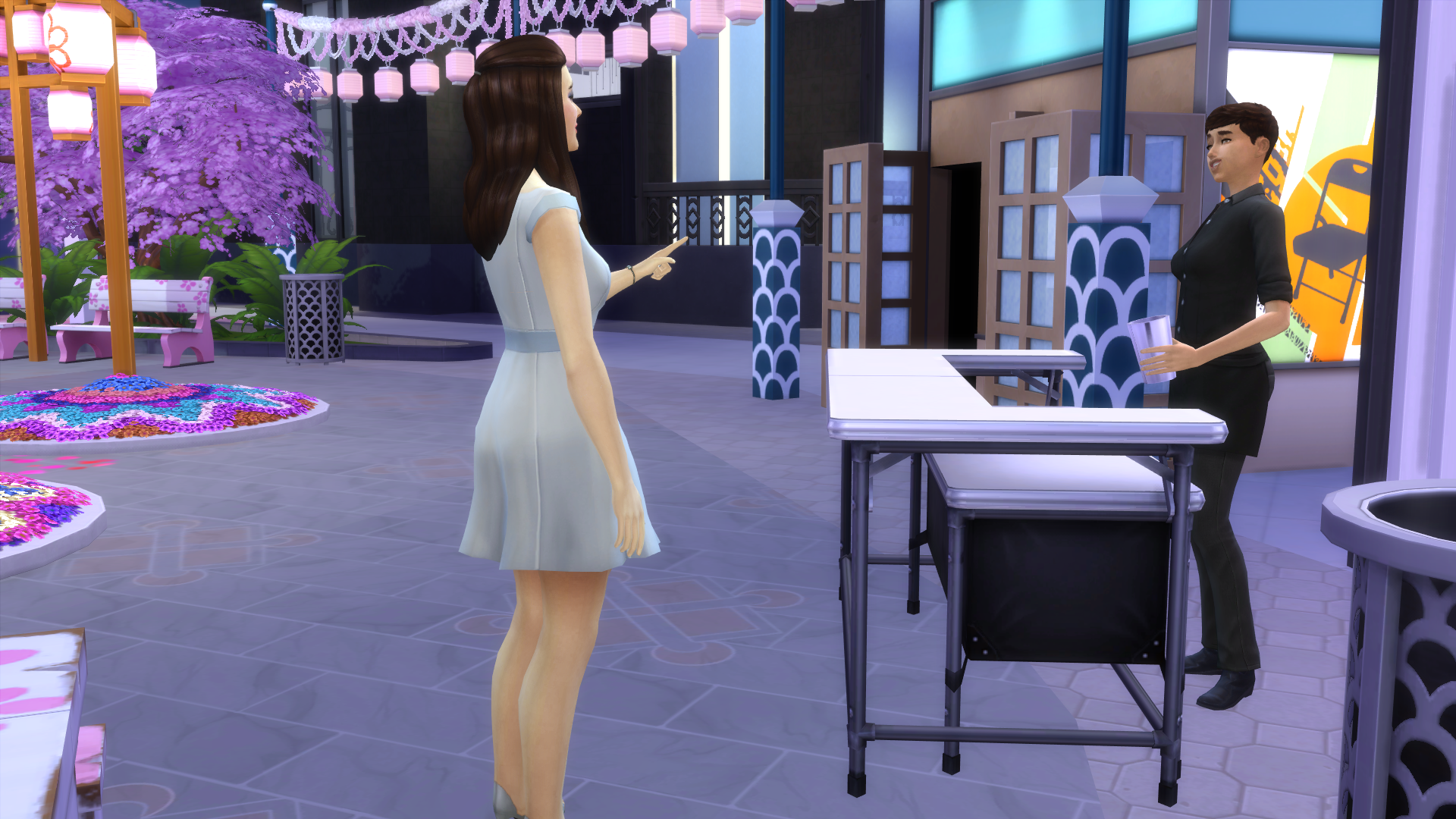 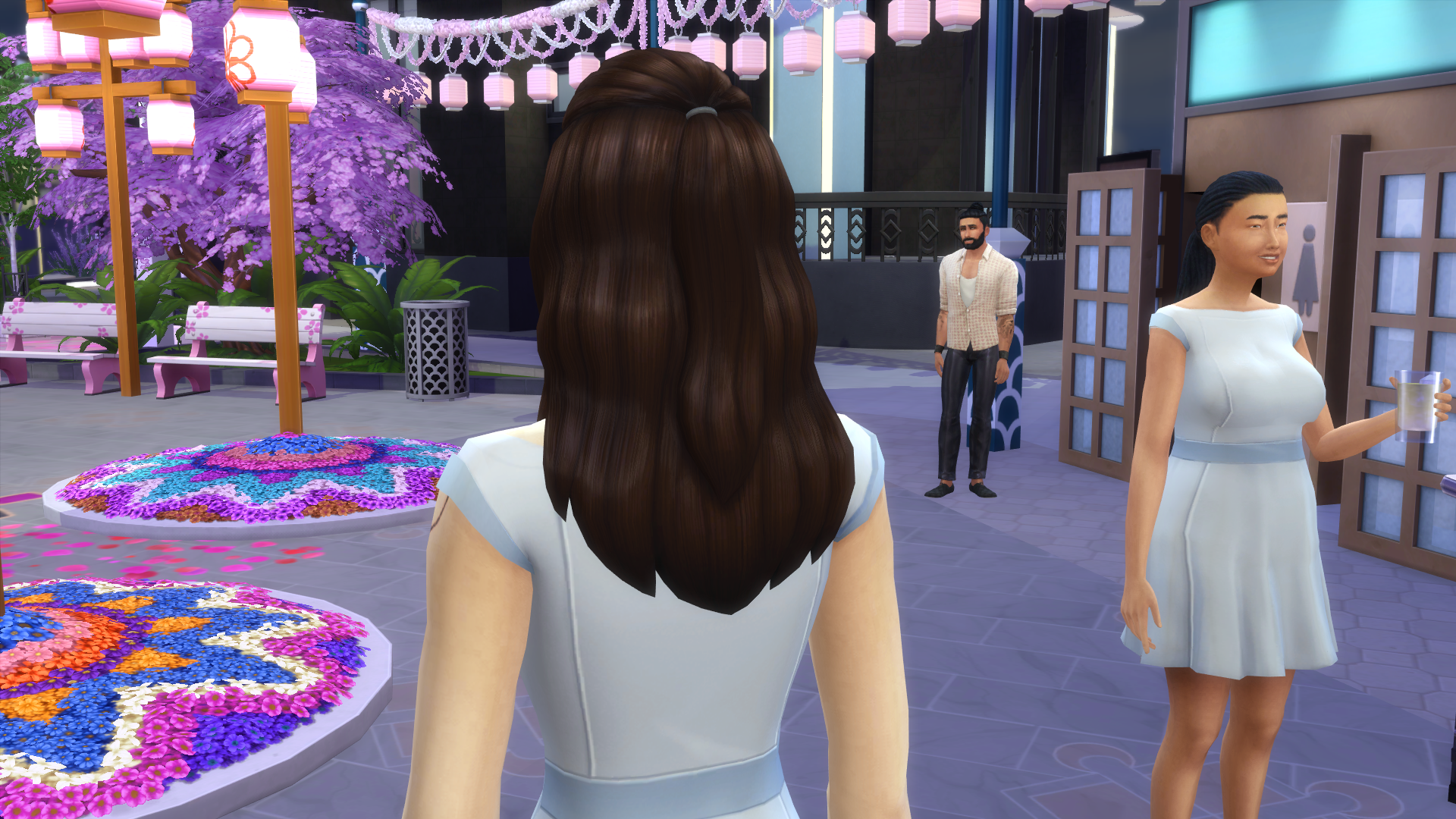 Seeing Jason again was like being splashed in the face with ice cold water.  You knew it was going to be cold and uncomfortable, it may even stink for a bit after.  But no matter how much you prepared yourself it was still a shock. He wore his hair differently.  I’ll admit it suited him.  Then again that man could have Carrot Tops hair and still be the sexiest man alive.  I had always regretted the way things ended with Jason.  He was never in my future.  It wasn’t fair of me to pretend he had been.  It was not right of me to lead him on.   Letting him plan a life that included me in it.  But as I said he is one of the sexiest men I’ve ever encountered in my life.  Not giving into him was like Aquaman never being able to return to the sea.  He had fallen in love with me only a few months ago and in that same time I was not able to reciprocate those feelings.  Back then I thought something must have been wrong with me.  Why did I not love this god of a man.  After some time I realized nothing was wrong with me.  I just wasn’t the goddess he needed.  But there was no doubt in my mind that he will find her and she will worship him in a way I never could. 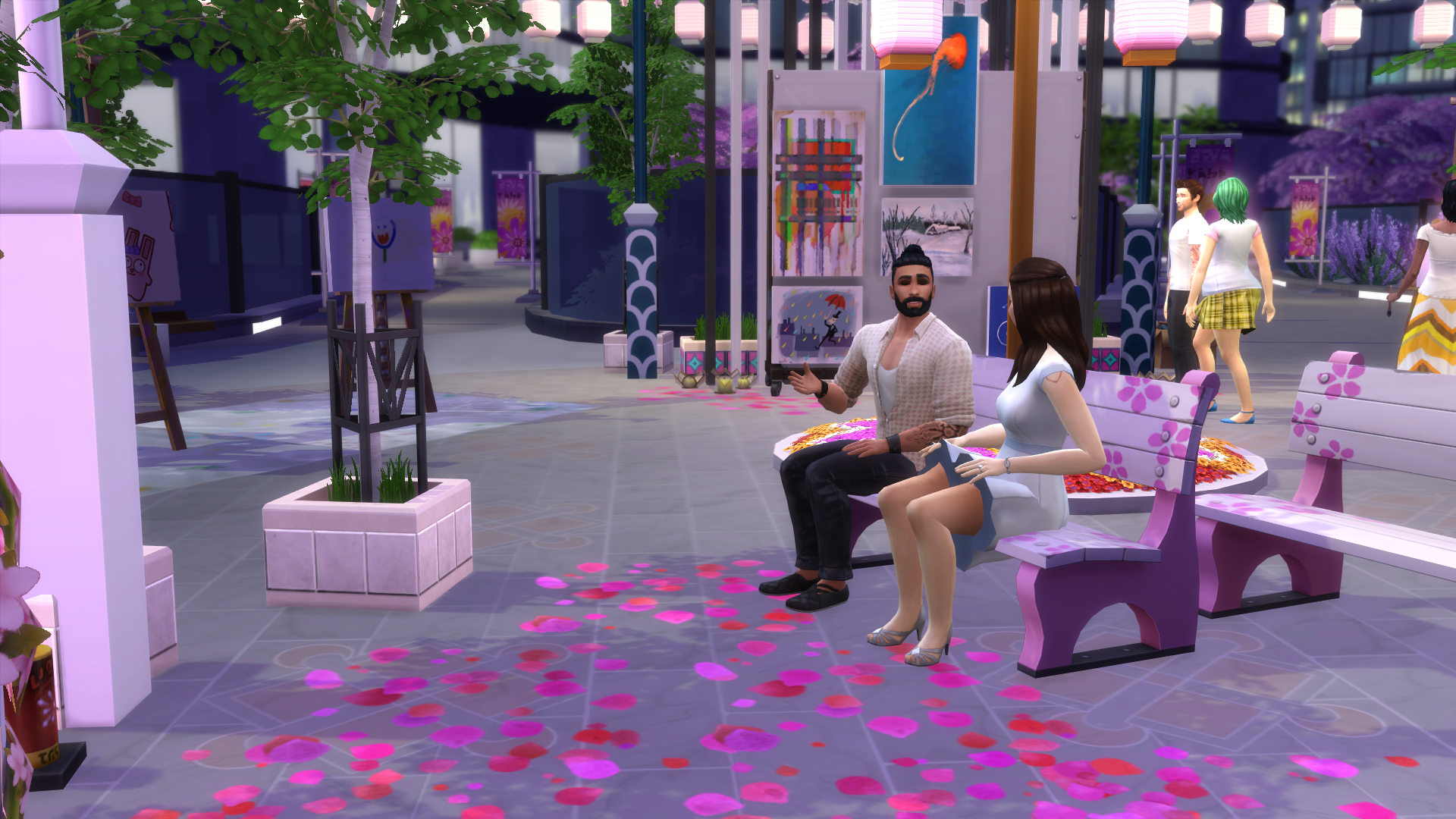 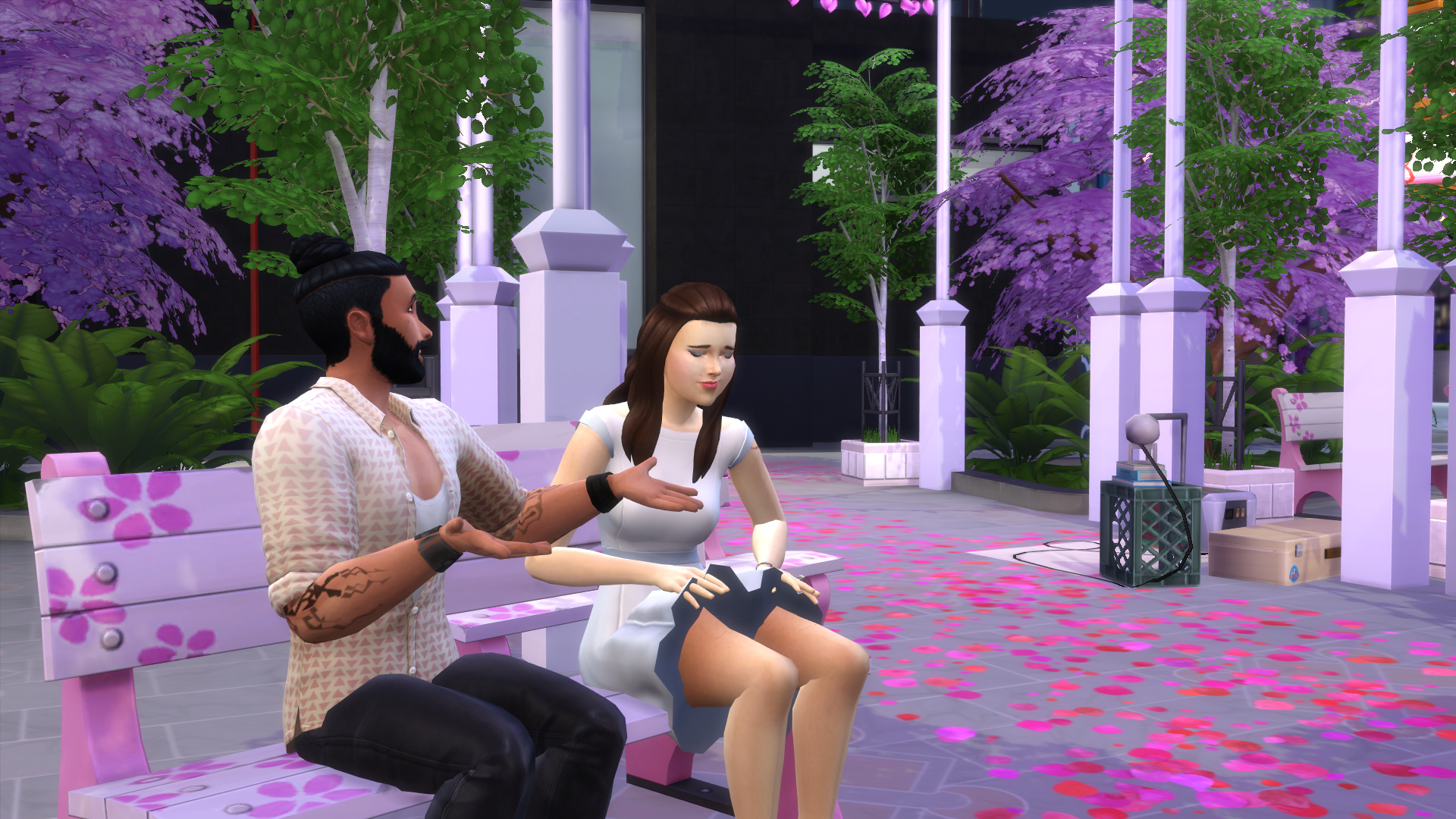 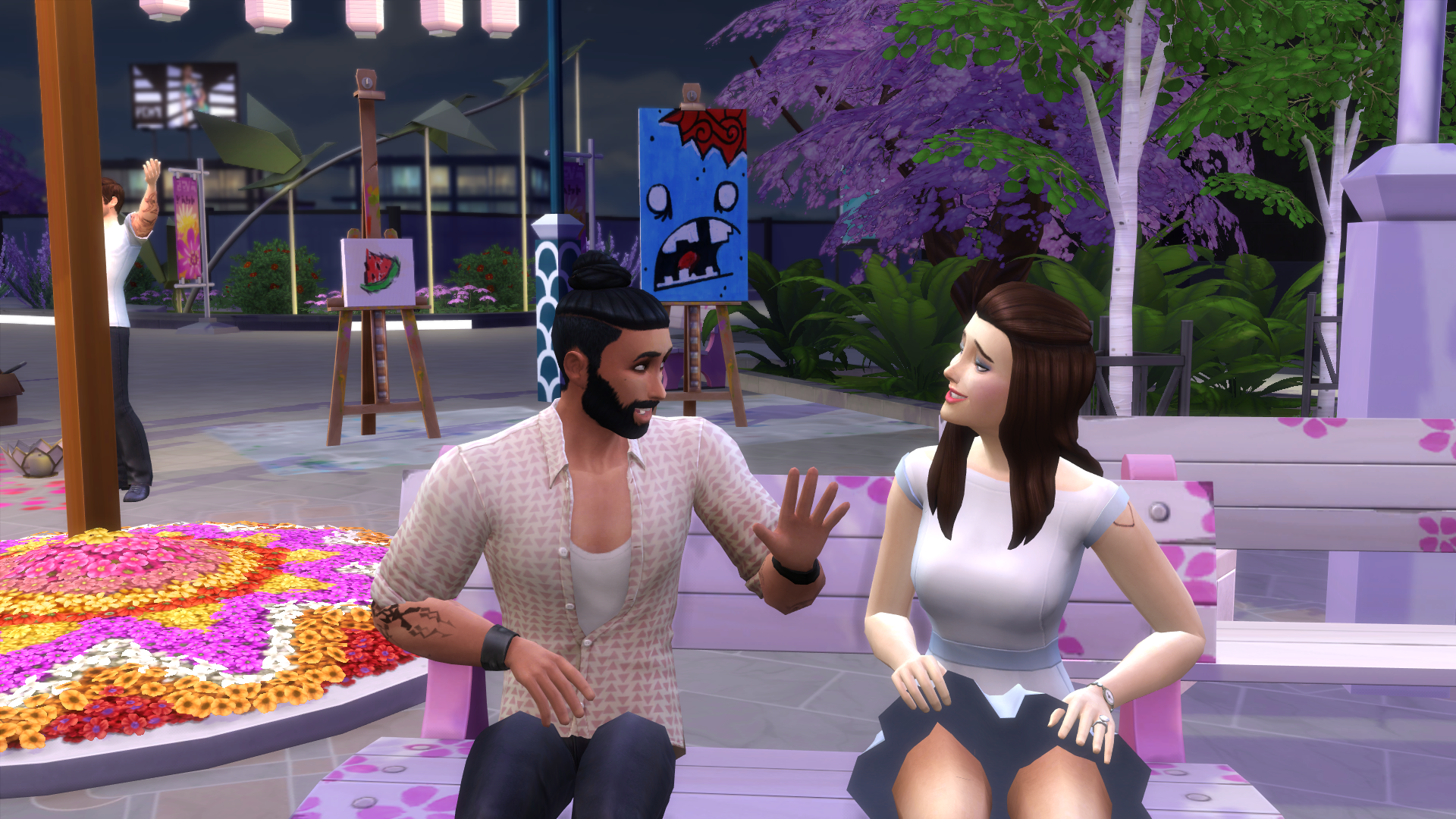 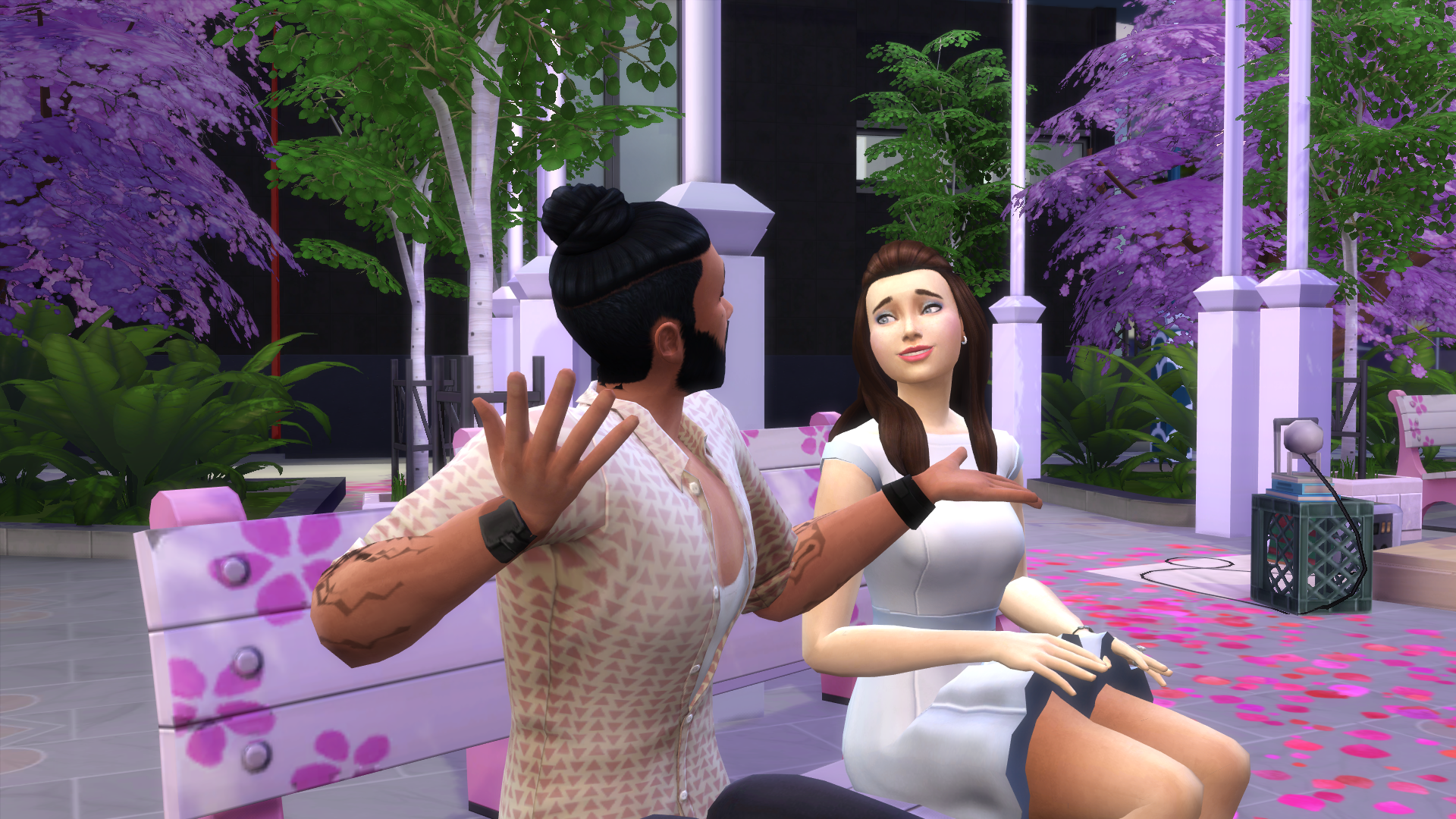 Life and love never work out how you think they will.  Like when you run into an old flame in the most romantic of settings you think there’s bound to be fireworks.  Whether they put on a fun show or inflict countless amounts of damage who’s to say.   However you’re surprised to find that old feelings don’t resurface.  Instead they are replaced with feelings of friendship and companionship.  What’s even more surprising is that a man who once loved you yet hated you the last time you saw him feels those same feelings.  It gives you hope it isn’t always shitty things that happen.  Sometimes they are quite nice. 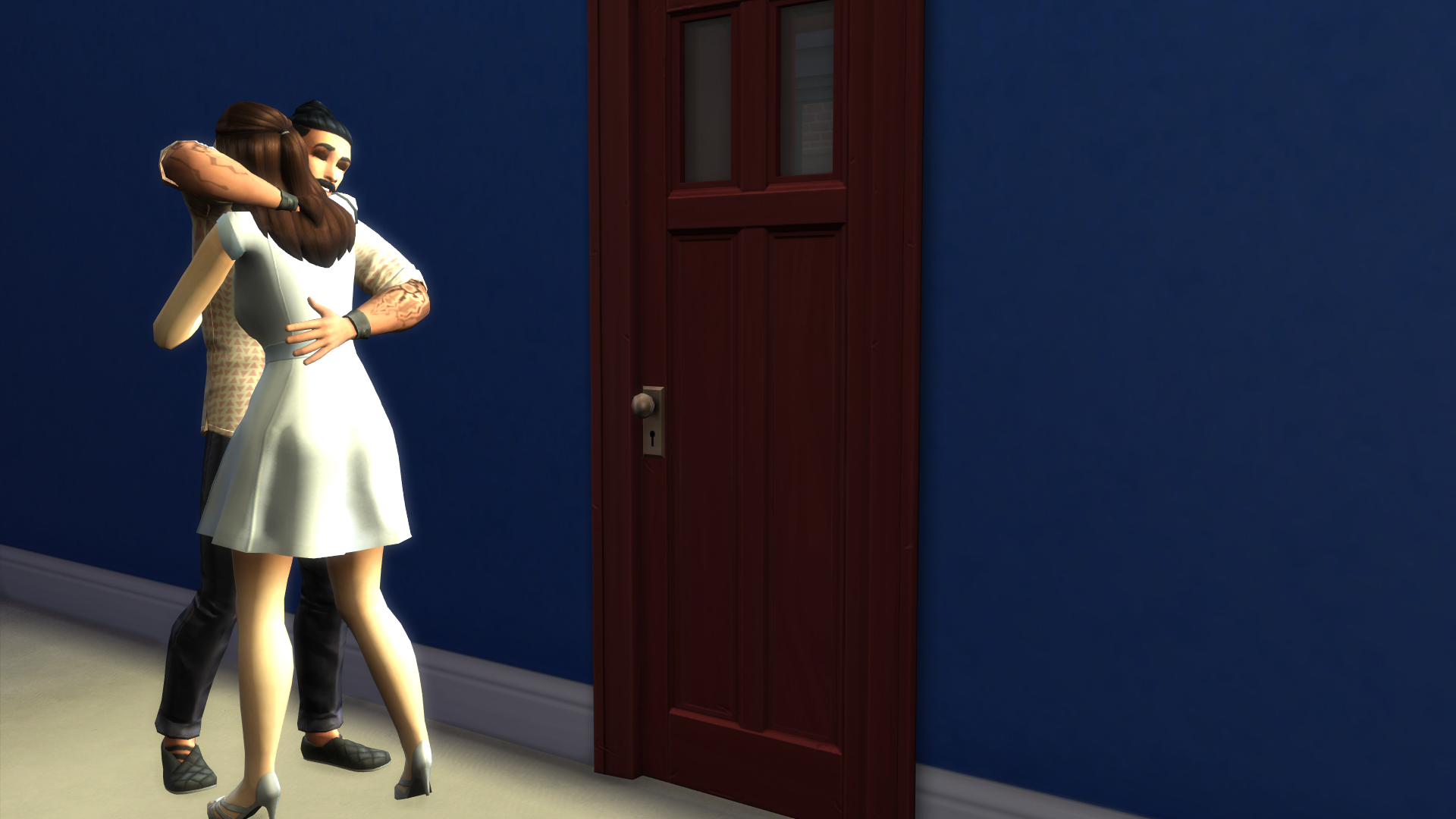 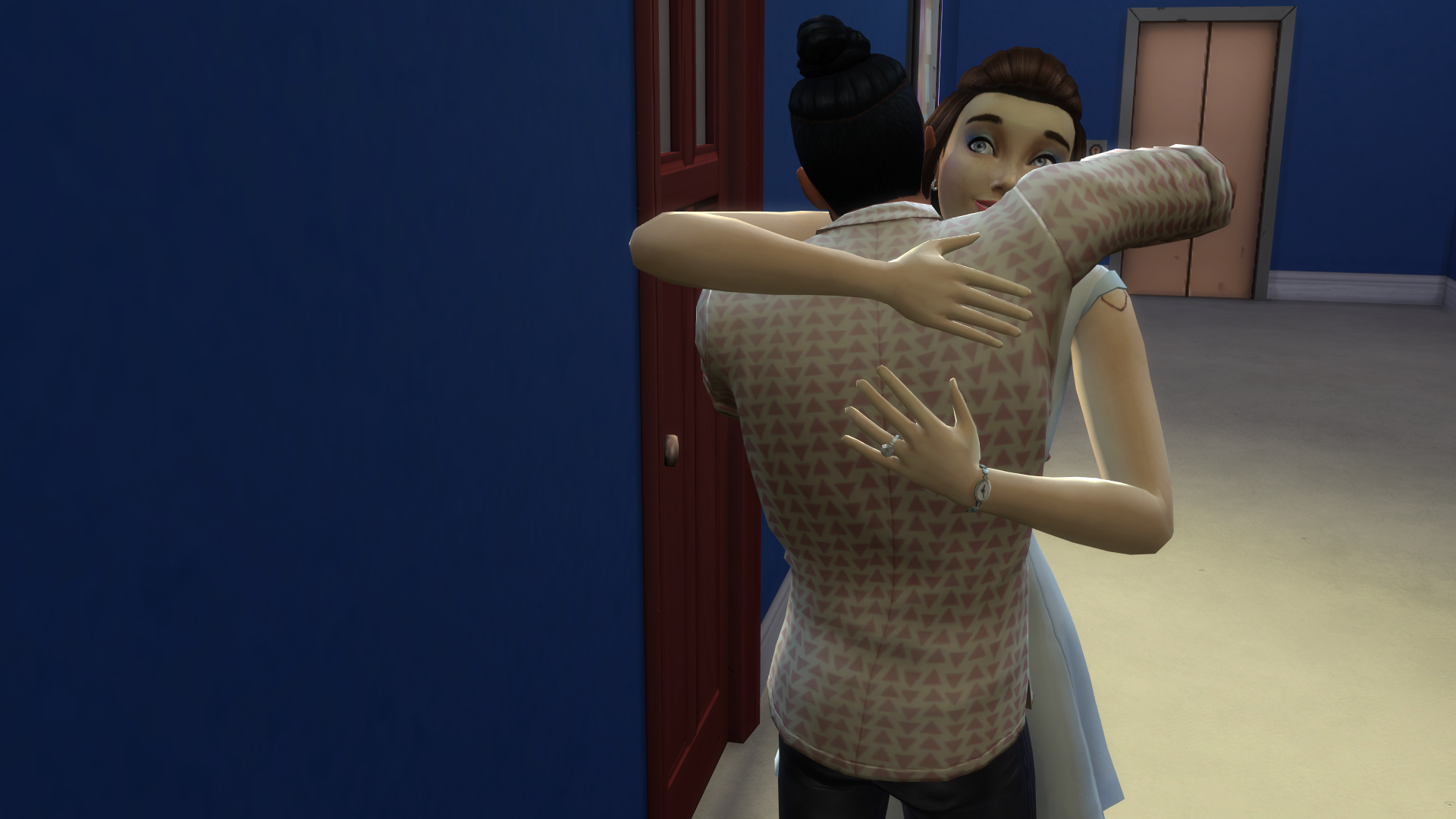 If you’d like to download any of the characters or builds you see in this story I will post the links to them below, along with a great big thank you to the creators!

You should be reading these!

Angel in the Darkness

Between light and darkness | life and death

I live in my own little world! It's ok they know me there! #EAgamechanger

The Story of Jonathan Evans

The Legacy of the Family Skinner